A week has flown by… It feels like I picked up Jans and Mientje from LAX only yesterday but early this afternoon they already boarded KL602 back to Amsterdam. We did in total drive almost 1200 kilometers in the time they were here with the main trip going to Las Vegas last weekend. However we’ve also explored quite a bit of the local area. On Monday they went with Mascha to Huntington Beach and they bought the famous Strikland’s Icecream in Irvine. Yesterday we went to see a little town nearby called San Juan Capistrano. It is an old Spanish missionary town, founded in 1776. 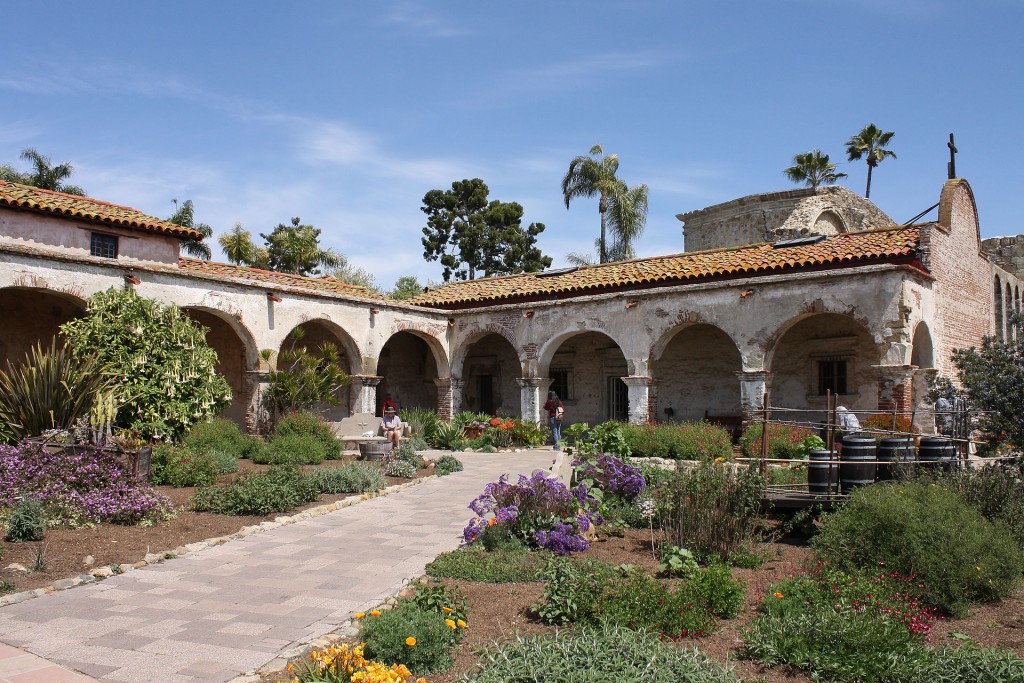 San Juan Capistrano has a few notable attractions that we explored yesterday. First of all, it is home to a few wineries and we started out by tasting a flight of wines. We picked a full bottle of the favorite, a very buttery Chardonnay, and enjoyed that with some cheese and other small dishes. From here we went to visit one of the many antique stores in town. Jans regretted that his suitcase was so small, although prices here are very high so little can be sold with a profit. After walking off the buzz from the wine in the antique stores, we sat down in a nearby cocktail bar for another drink before going home. At night we had dinner with Roos and Alex at our favorite Japanese restaurant: Bistro Anju.

In the morning we had a quick breakfast and Bruegger’s Bagels. Here they bake bagels fresh every morning and make a great breakfast. After that we zipped up the suitcases and were off the LAX. 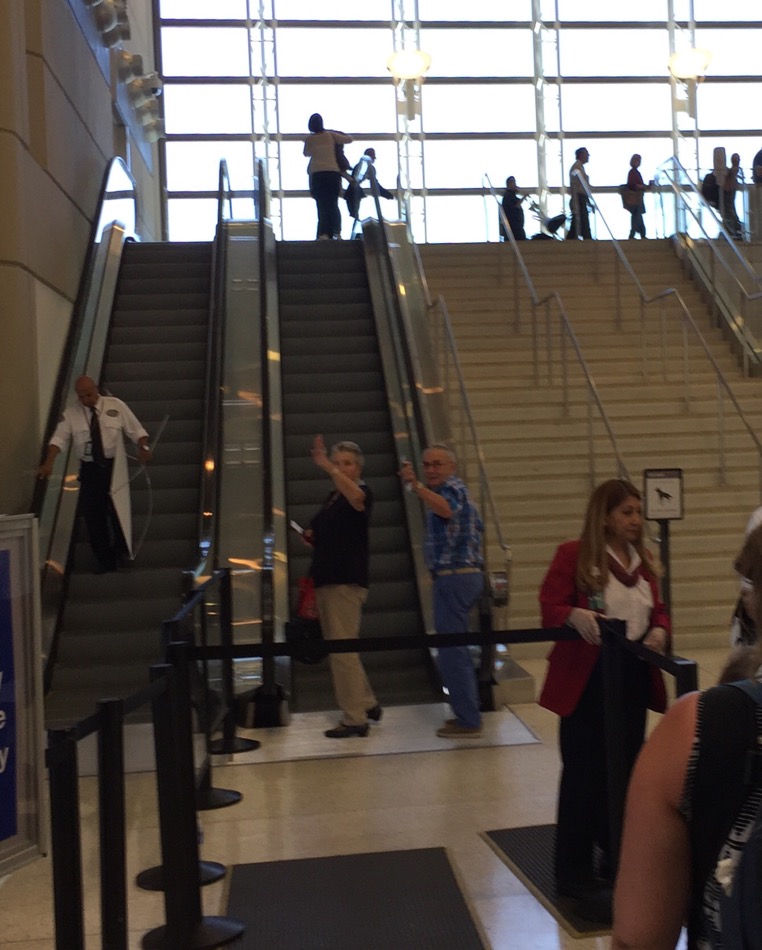 It was a lazy Sunday today after the trip back from Vegas yesterday. All in all we drove almost 1000km over the weekend which gave Opa and Mienie a good impression of Southern California.

We did have time go to a museum this afternoon. I had wanted to go see it for while and with my dad here, it was a good excuse to go. The museum was put together by a ex-colonel from the US Army who moved on to become very rich in the construction business in Southern California. The collection is focused around World War II era airplanes and equipment. All airplanes are in airworthy condition. There were 3 World War II veterans at the museum who shared stories about themselves in World War II . The veteran we spoke to, had actually flown a B-17 Flying Fortress over Holland multiple times during the end of the war. He was eventually shot down and ended up in a German camp. Lucky for him this was towards the end of the war and he was liberated a few months after. The museum has a fully functional B-17 Flying Fortress on display. It made the story the veteran told, of him flying it in 1944/1945, really come to life.

One particular piece in the collection is a Mercedes Benz 770 that belonged to Hitler. It is one of the 4 he had at his disposal and that were custom build for him. The car has bullet-proof windows and tires. After the war it changed hands many times and ended up in this collection. Two identical cars are apparently in Russia somewhere and it’s unknown where the fourth one is. There were also a few other very nice cars including a few Duesenberg’s and BMW motor cycles from the 1930’s.

After we walked through the museum we went for a Moscow Mule at the Pelican Hill pool bar on our way home. That might have contributed for the visitors to go for an afternoon nap before picking up the cards again. Ofcourse “klaverjassen” has to continue. 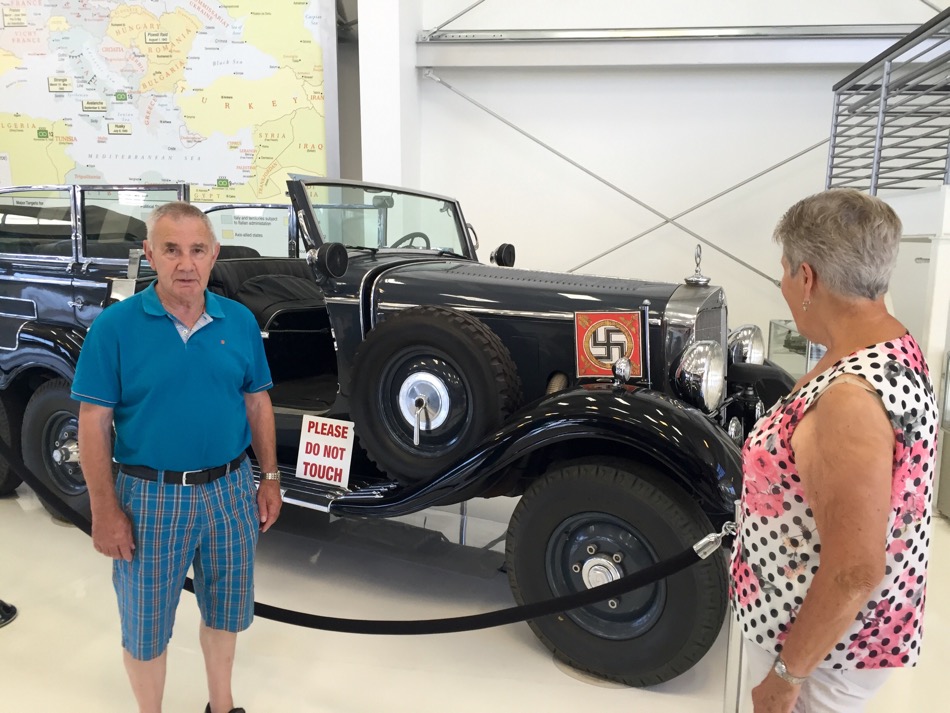 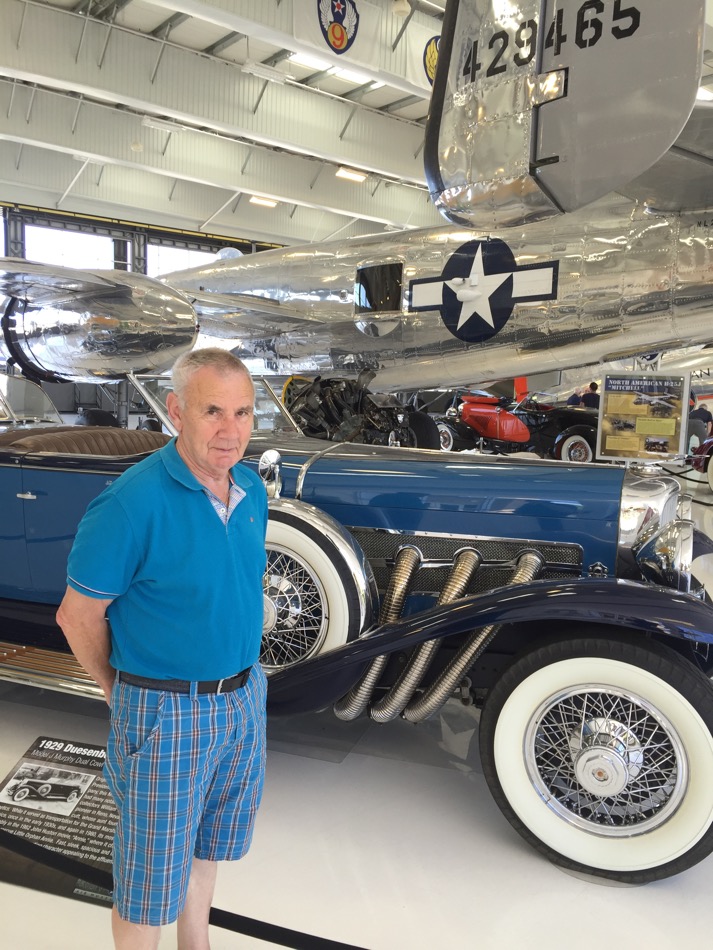 Tonight we went to see a show and what better to do than a show about Frank Sinatra when you’re in Vegas. The show was in the Venetian Hotel.  Most of his famous songs came by and it was a very enjoyable experience. 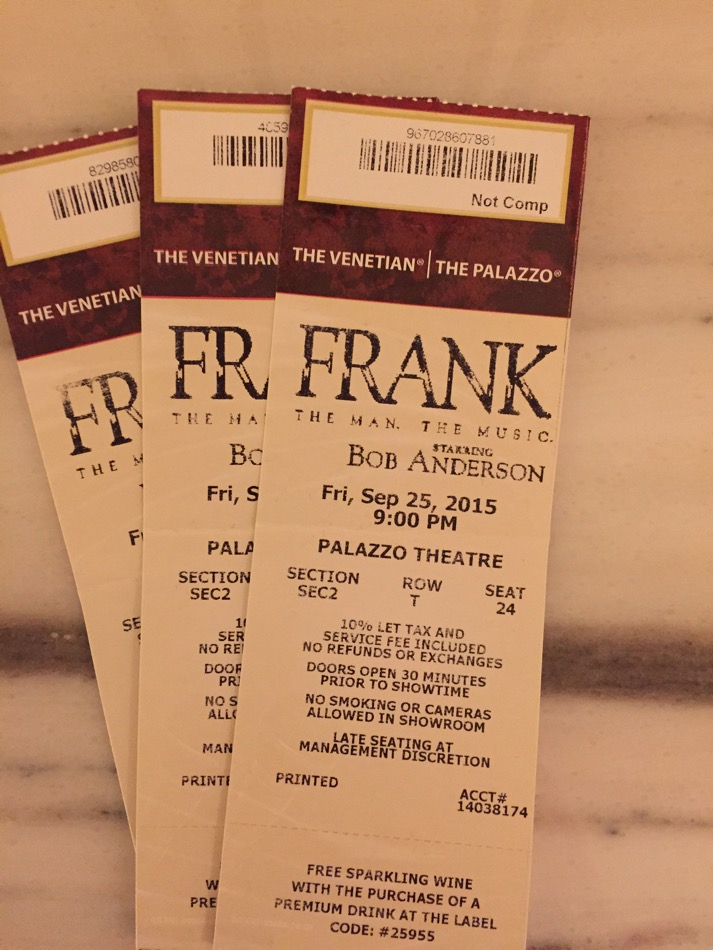 After dinner but before the show started we had some time to kill. We went to explore the various shops in the hotel. Jansie tried on some hats in the hat shop 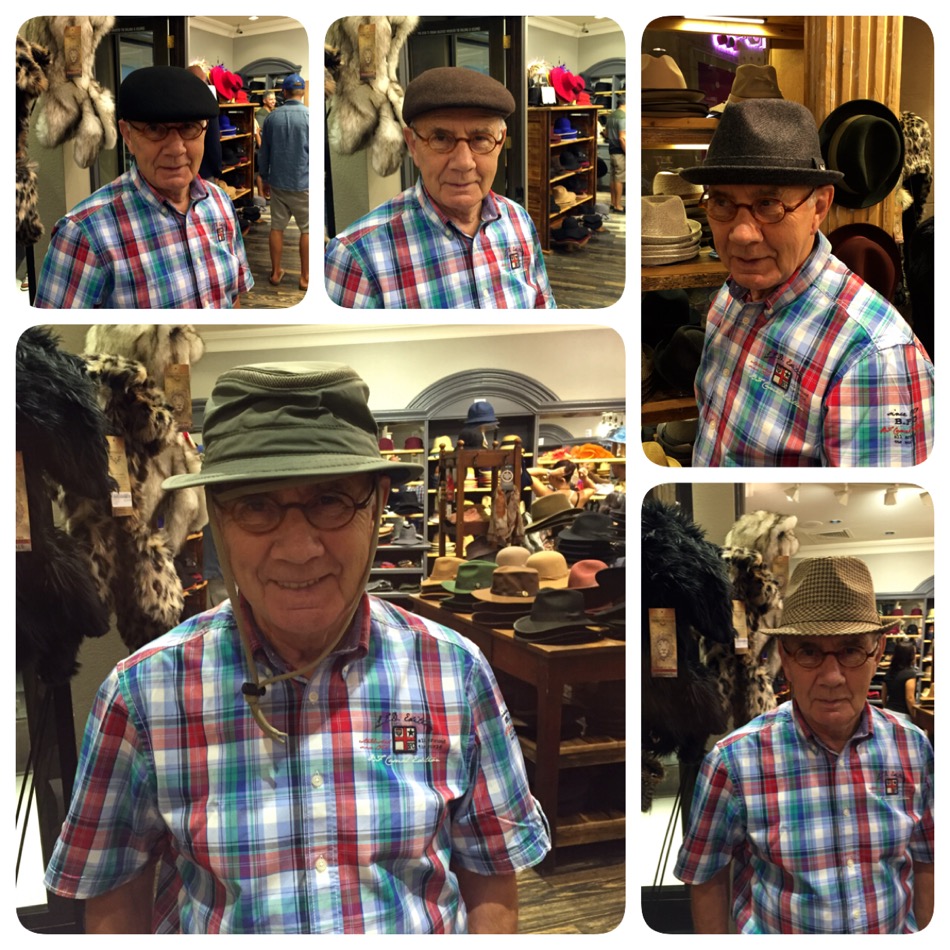 We’re spending the weekend in Las Vegas. Tonight we’ll visit a show here but before that we have to explore the strip and lose some money gambling. 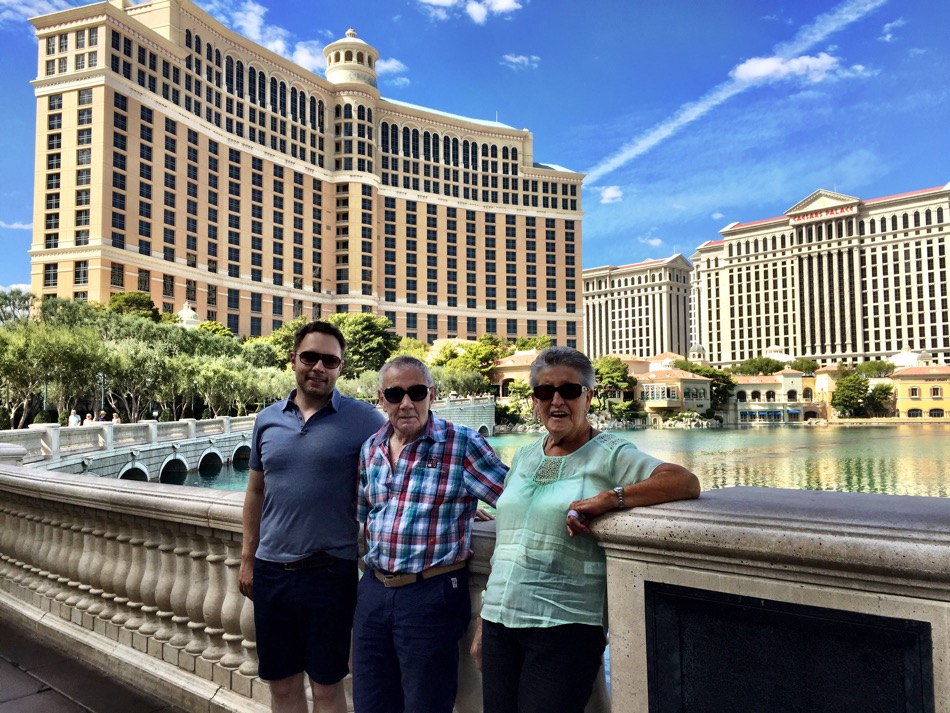 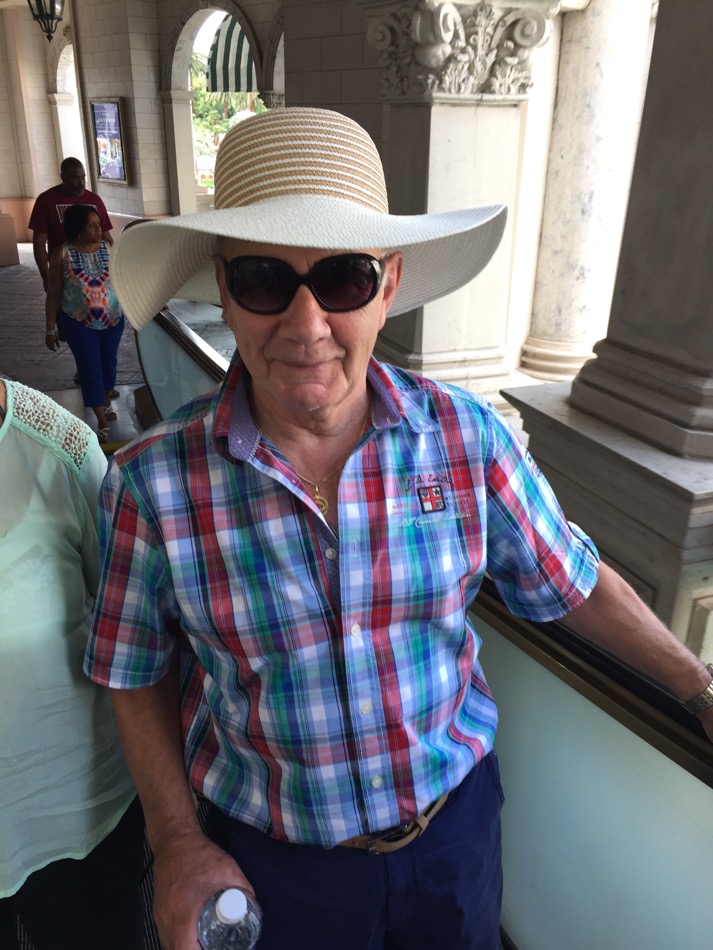 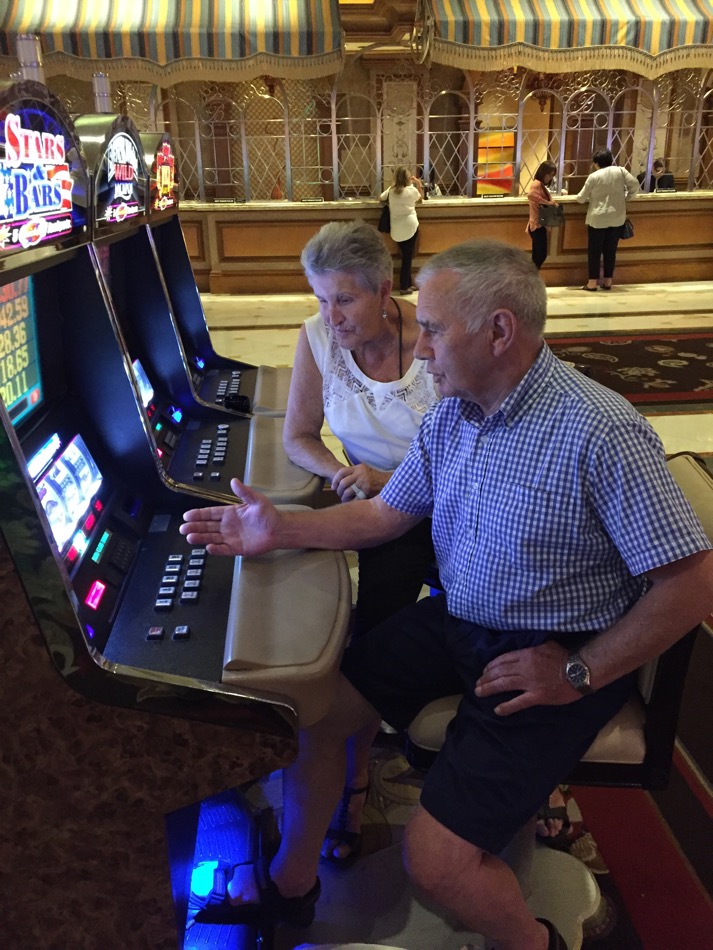 It’s been a long time since I have picked up someone from the airport instead of being picked up myself. However today was the day as I picked up my dad and Mientje for their family visit to LA. It’s probably been a long flight as they were delayed by almost 30 minutes. It will be a fast and furious time as we plan to go to Las Vegas already tomorrow. I hope Jansie brought enough cash.

The timing worked well because Roos and Alex have fall vacation and will be able to spend some time with Opa Jansie. 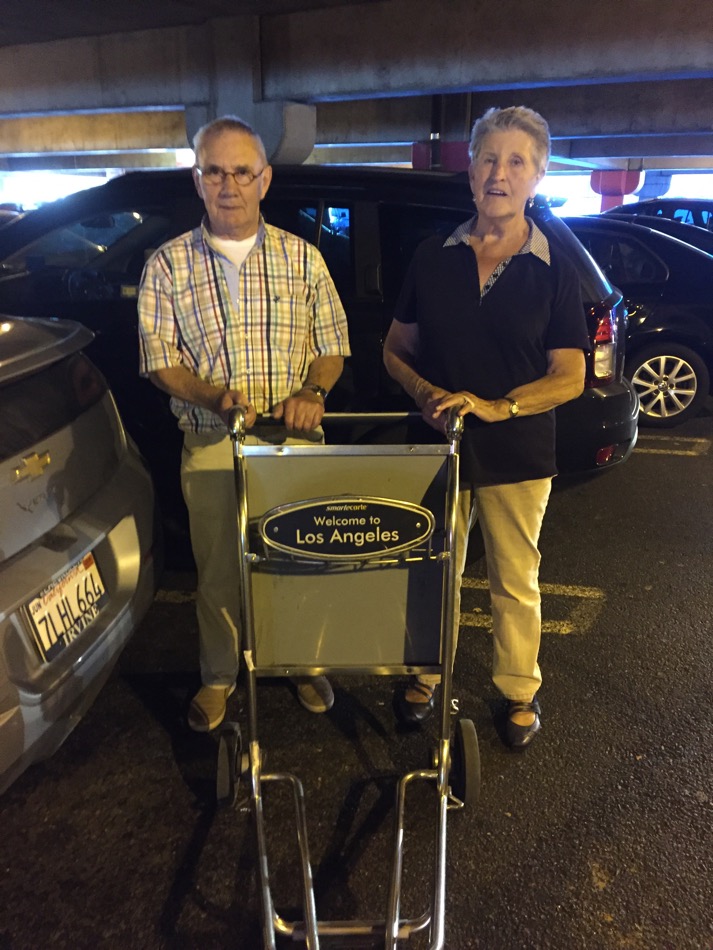 A few weeks ago I had Oliver and Felix over for the week. Roos and Alex were really excited about it but the novelty wore off quickly. After a few days it was me who had to clean the litter box and give them fresh water. This weekend we’re talking care of Leo. He’s a little terrier that Mascha is babysitting ( but that she has now delegated ). Leo is a great guy but clearly an apartment dog. After 30 minutes of walking this afternoon he passed out on the floor like this for at least 15 minutes. 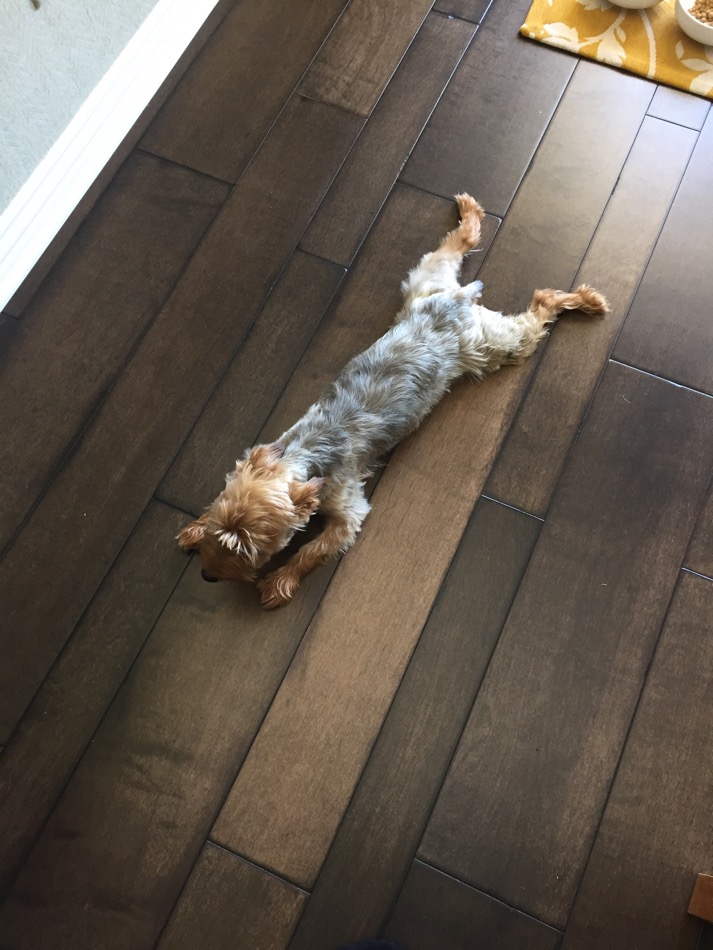 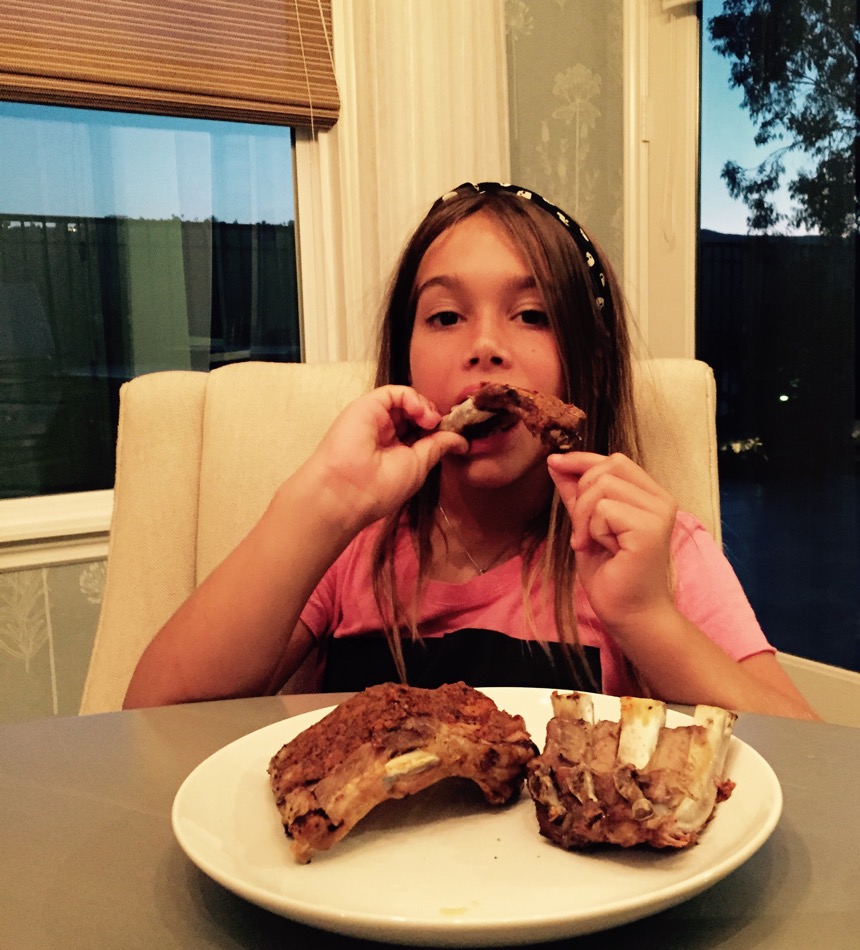